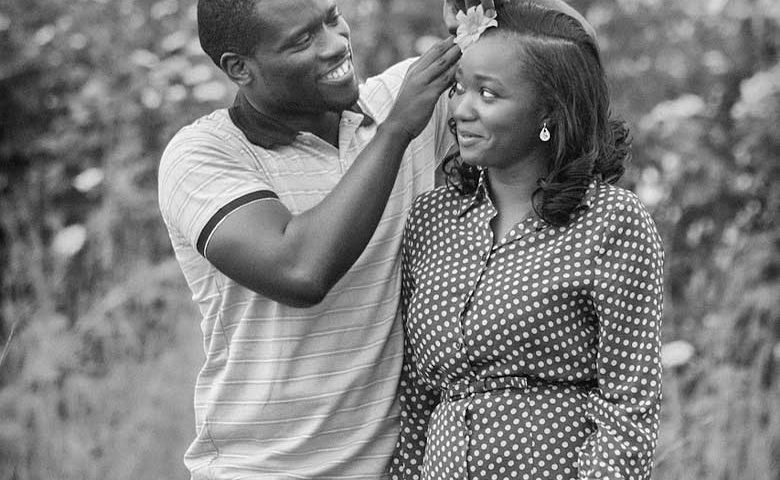 We’ve recently started fortnightly dialog sessions we call, Conversations with Mo & Phindi with a focus group of eight young married couples from various racial backgrounds. We openly discuss any relationship topic in a totally relaxed atmosphere over cheese and wine. We facilitate the conversations not as experts, but steer them around certain well researched topics from those supplied by the very couples.

One of the most heated series we’re in the middle of is around commitment to and faithfulness in a monogamous relationship. We’ve long established that at least five couples in the group experienced unfaithfulness at varying levels in their marriages.

Two of the ladies really believed that all men cheat, and that should a woman decide to leave her husband because of cheating, she’ll meet another equally cheating man… perhaps with worse tendencies than the one they currently have.

“Better the devil you know than the one you don’t know”, one said.

We went from thinking “how sad”, to feeling really sorry for them. Because the belief in this myth is that when it comes to cheating, basically men are helpless creatures with an inherent nature to cheat. The idea implies that men shouldn’t be held accountable for such a selfish behaviour because every woman ought to commit herself in a relationship expecting her husband to cheat, because they just can’t help themselves. Wow!

We believe there’s something wrong with a woman that encourages other women to endure the perpetual cheating behaviour of their husbands using this myth as her basis. There’s also something very wrong with a man that tells his wife that “all men do it”, so she just has to deal with it. Nonsense!

You should never have to endure a cheating lifestyle of your partner just because of an unfounded assumption and subjective experience that you’ll meet someone with worse behaviour. That is a lie.

To be unequivocal, not all men cheat! And believing this lie is to actually let your husband off the hook of accountability and it’s reinforcing false stereotypes about male and female sexuality. This myth furthermore naturalises an immature, cruel and deliberate act of infidelity and give men a false sense of entitlement under a misguided notion that they can’t help themselves.

When, as a woman, you cling to this belief, you disempower yourself. You will be unable to confront such behaviour in him and will forever deal with ‘flies’ in your relationship. You may as well get yourself a flyswatter. Because not only will you make excuses for his immature and selfish behaviour, but you are also be settling for second best. You are furthermore grooming an irresponsible behaviour that gives rise to the sick society we have.

Everyone has impulses, whether male or female. And impulses never go away just because of the ring on your finger. The way we maintain relationships with other people, and maintain a society that isn’t completely hedonistic and chaotic is by making choices about the way we behave and treat one another. We do so through self-government, commitment and integrity. Those virtues are not an exclusive reserve of women. They are available to men also.

The “all men cheat” myth paints men in an animalistic manner, and in a way society doesn’t talk about women. Women have as much proclivity to cheat, and generally do so much smarter than men.

Since Victorian times, women have been viewed as the moral guardians in society and have had the unenviable burden of keeping their men in check as though they themselves are ill-disposed to indulging in “sins” men commit, like cheating. Men have always been viewed as two-legged penises that are incapable of rational thought once faced with the prospect of touching a boob. It’s a perpetuated stereotype that has been normalised through the centuries of human history. And as Mo & Phindi, we wish to debunk it.

We believe men are created with a much bigger responsibility in society for them to be baby-sitted by their wives. Ironically, a big part of that responsibility has to do with self-government, commitment and integrity… the very virtues challenged through the myth that“all men cheat”.

We are faithful to our partners because we make a conscious and deliberate commitment to do so, and because we respect our partners and relationships. Monogamy is a conscious choice you make, or don’t make. Men are no more capable of cheating than women are.

When you make cheating ‘a men thing’, you not only allow yourself to stay in a relationship with a dodgy and selfish liar of a man, but you also teach him that he’s not accountable for his own behaviour. People who believe the lie about “all men cheat”, usually also believe in another lie, that “once a cheater always a cheater”.

It’s not in a man’s DNA to cheat any more than a woman.

Not all men cheat. As a woman, you should see yourself as more valuable than settling for such a toxic and health hazardous relationship. Save yourself the emotional hurricane, and believe right.

And as a man, you ought to hold yourself to a much higher standard than to accept such nonsense. It’s not a curse, it’s a decision you make at every opportunity that comes your way. You consciously decide to cheat. It’s not ‘a men thing’. Get out of your current friendship circles and find new ones that will challenge you to live better, and not encourage the deception you’re living under.