For Richer or Poorer! 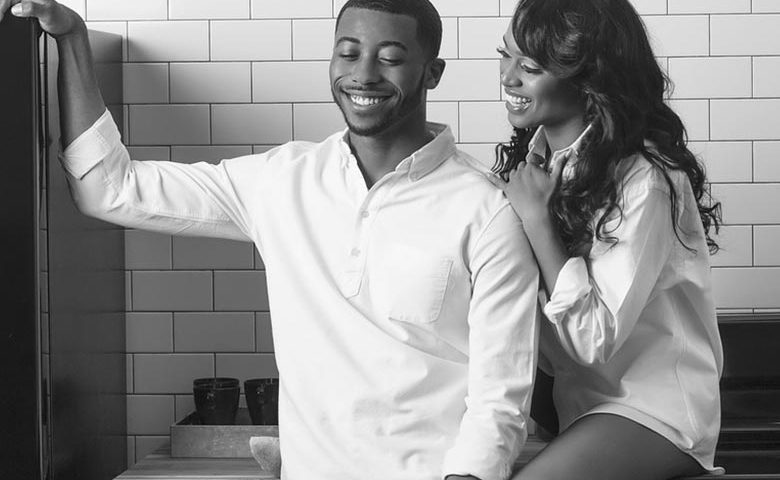 We’ve been onto our second book since January this year. We’ll tell you more about it in the coming months. But it’s broadly about stuff we wish we knew before getting married, and lessons thereon. Naturally we’ve been doing a lot of reflection about our singlehood all round.

While the subject we’re discussing today isn’t and won’t be covered in the book, we’ve naturally been reflecting on how we generally compromise ourselves at critical stages of our lives without even realising.

Ever heard the saying, “why buy the cow when you can get the milk for free”?

For many people, especially women, it’s natural to want to take care of their dating partners, and show them how good of a wife she could be if their boyfriends chose them. Ag, it’s part of the timeless belief that places the initiative to choose a marriage partner on men – a different subject altogether. But it’s in this process in our view that many women give too much away of themselves too soon.

Both males generally and females especially give of themselves so freely in relationships, both physically and mentally, and sometimes even to people who don’t deserve it.

We emphasize women especially because naturally, women are nurturers. It would be no surprise that when one loves a man, she takes care of his body, soul and spirit – giving him her all. Our caution rests on the fact that, while these acts of endearment are done selflessly and can be a beautiful experience for both, we must know where to draw the line when it comes to dating.

If you’re a little apprehensive about setting limits to your love, we are not here to judge but you might want to change your perspective if you ever want to be married. In a perfect world, no one wants a relationship based upon conditions because we’ve been taught that love based on conditions really isn’t true love at all.

But a relationship without a ring has to be conditional, because a boyfriend isn’t meant to be permanent in the first place. A dating relationship is a period meant to seek enough information about the other person to help you decide if you want to commit your life in marriage with them or not. Courtship is a step further, in that it is more intentional and ultimately points towards marriage. Let’s not allow the modern days of social media and speed dating lead us astray from the ultimate purpose, marriage.

And yes as an adult, we believe that your intentions when pursuing someone should be to seek their hand in marriage. The problem however, is that too many women who seek to be married are giving their all to men and it’s getting them everywhere but down the aisle. What are we on about?

Well, we’re talking about conducting yourselves as though you are married while you’re not. And yes, on surface level that includes living together, engaging in sex, cooking, ironing and cleaning after him, even sharing finances. We know we’re now sounding like we’re living in primitive years, right. But have you considered the high risks involved in these circumstances?

Treating a boyfriend like a husband puts you, as a woman, at high emotional risk. The emotional investment you put into the relationship develops a deep level of intimacy that forms an unhealthy soul tie. You make spiritual vows to one another about love that aren’t spiritually sealed with a marriage vow. You’re then inevitably hoodwinked into placing unfair expectations on a relationship that isn’t meant to be permanent, and thus duped into taking a dating relationship as marriage. You’ll feel the deep punch of a soul tie the day the relationship ends. It’s devastating.

You also put yourself at high legal risk. If you’ve moved in together, our country has no legislation that protects cohabitation relationships. In South Africa, there is no such thing as a common law marriage, no matter how long you’ve been living together. None of you actually have legal rights and duties to each other’s estates. That means if your relationship was to end today for whatever reason, you’d have no rights whatsoever in whatever property that is in his name. If you have no cohabitation agreement in place, you will be left vulnerable.

Lastly if there’s a child and the relationship ends, think about the risk you could be putting your child into. Think about the devastating consequences of fatherlessness on the child.

Everything that feels good to you, may not be good for you. Nobody’s perfect. But all those home cooked meals and tricks in the bedroom can’t possibly make him love you more than he would without them. A man that knows what he wants has no time to play.

Ultimately, as a woman, you have to discern what’s best for you in your relationship. Don’t forfeit your future holding on to someone who should be part of your past.

You shouldn’t be a wife to a boyfriend because if things don’t turn out the way you desired, at least you can walk away being a better woman than you were before, instead of feeling bitter, broken and bewildered. So before giving a man the sun, moon and the stars, ask yourself, why would he buy the cow when he’s been getting the milk for free?